Celebrating a History of Women Leaders at MALDEF​​ 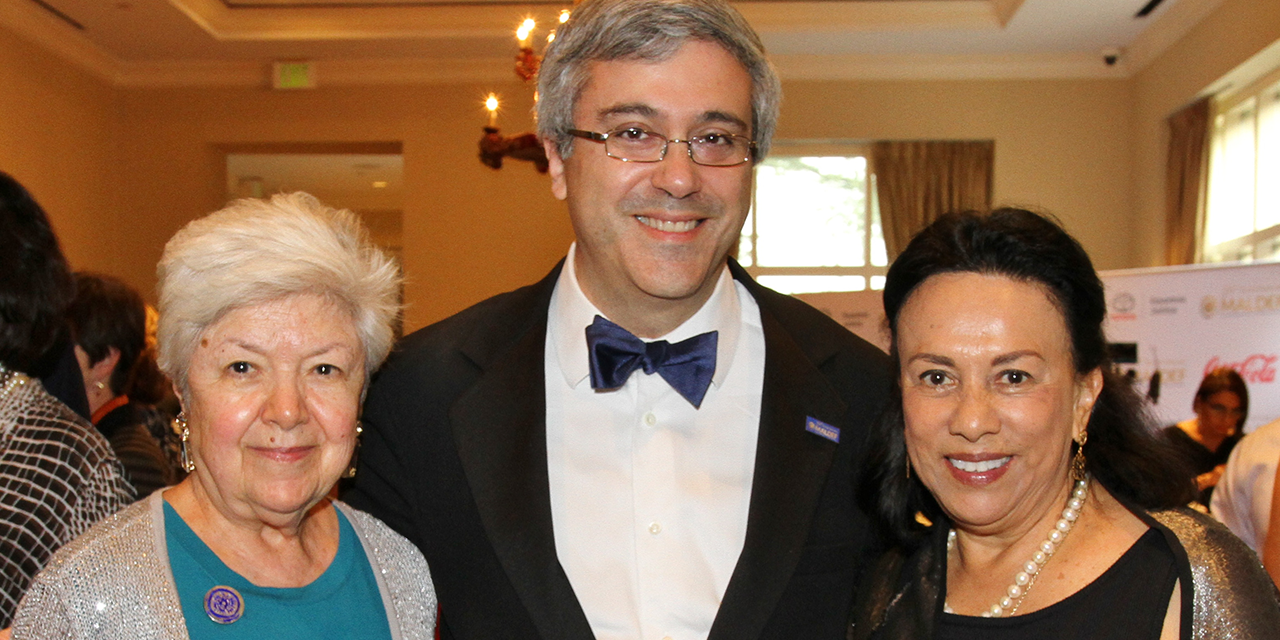 As we near the conclusion of Women’s History Month, MALDEF celebrates its organizational history of women in leadership.  For the majority of its existence since 1968, MALDEF has been led by women as president and general counsel.  Women’s rights organizations aside, MALDEF may be the only national civil rights organization that can make that claim.  We spoke with two of these women leaders, women relied upon by MALDEF through their many years of leadership and all the way up to today.  MALDEF’s current president and general counsel, Thomas A. Saenz, has benefitted from both these leaders as professional mentors throughout his legal career.

Vilma Martinez and Antonia Hernández each served as president and general counsel of MALDEF, and helped define the organization’s role as the legal voice for the Latino community. Combined, they led MALDEF for 28 years of its 52-year history, securing landmark rulings and public policy gains that have advanced the rights of all Latinos living in the United States.

They are an indelible part of MALDEF’s history. In fact, both women served as co-chairs of the organization’s 50th anniversary committee.  We spoke with them about the unique challenges they faced then and the current battles to expand the gains made by Latinos and to improve the future of our nation.

Vilma Martinez served as MALDEF president and general counsel from 1973 to 1982. During her tenure, MALDEF filed Plyler v. Doe, a federal challenge that led to a landmark U.S. Supreme Court ruling guaranteeing the right of all children regardless of immigration status to a free K-12 public education. And, MALDEF also led in securing the expansion of the federal Voting Rights Act of 1965 to include Latinos and other language-minorities. Martinez would continue to break barriers. In 2009, she became the first woman to serve as U.S. ambassador to Argentina.

As we mark Women’s History Month, do you think the role of women is overlooked when we discuss civil rights work and the gains made and challenges faced?

“The role of women is overlooked in every and all endeavors. I remember reading a national opinion poll, and it showed that people thought Mexican Americans, particularly the women, were docile. I remember thinking that was so inaccurate and false.

“I became a litigator even though I was counseled that this was not a suitable job for a woman lawyer. It wasn’t easy. It was important to find the right tone of voice in court. If you were perceived as too aggressive, the judge could take it out on the client. So, the key was to focus on the facts of the case and represent the client to the very best of your ability.”

There were very few women heading national civil rights organizations at the time you took over as the head of MALDEF. What was that like and how did that affect the work MALDEF was pursuing?

“I was not a known factor in the civil rights arena and that meant I had to earn the respect of many different communities, including those in the foundation world, the media, and internally within the Latino and greater community.

“Building MALDEF wasn’t easy. There were funding challenges as well as internal demands.  One of the things I did early on was accept every single invitation to speak across the country, from the American G.I. Forum, to LULAC (League of United Latin American Citizens), and many others. I did this because I wanted every and all organizations to see me, hear me, and make a decision about me and MALDEF.

“And, at the time I became president, MALDEF was a very reactive organization that tried to address the many issues facing our Latino community. Under my leadership, we tried to develop a mix of experienced and newly graduated attorneys, and focus on becoming more proactive on specific issues. These were access to education, to employment, and access to the vote. We later added immigration and domestic civil rights cross-over issues.

“Another issue that I faced when I took over was the confused or (non-existent) view of Mexican Americans. People didn’t know who we were and to the extent that they did, it often relied on stereotypes. We were either workers in the fields or they thought of us as criminals. There was no recognition of who we were, or that Latinos would be the largest minority group in the coming 20 years, even though the Census Bureau’s reports clearly indicated that trend.”

MALDEF celebrated its 50th anniversary in 2018. Looking at where we are today, what do you believe are some of the issues still facing MALDEF and this nation?

“The landscape within which MALDEF operates is much more competitive than it ever has been, both in terms of the legal and the advocacy work. But I would say there is also so much that is happening. Whether it’s a call for justice by so many communities that now find themselves under attack, or the plight of unaccompanied minors at the border, these are all important issues that demand our attention.

“At the same time, we must also confront the unfinished business, including the resurgence in voter suppression legislation that has emerged around the country. These are issues that we fought then and that we continue to deal with today. People may not remember, but we had to argue against poll taxes, against having inaccessible polling places that kept our community from casting a vote. And when Section 5 of the federal Voting Rights Act was enacted, things really started to change. That section, however, has been gutted and now we face some of the same old battles.”

Antonia Hernández led MALDEF for nearly 20 years, serving as president and general counsel from 1985 to 2004. During her tenure, MALDEF took on groundbreaking legal battles.  She oversaw the fight against California’s Prop. 187, the state ballot measure that sought to bar undocumented immigrants from many public services. And in 1988, MALDEF filed a federal lawsuit that eventually led to the creation of the first Latino district on the Los Angeles County Board of Supervisors.  Since 2004, Hernández has served as president and chief executive officer of the California Community Foundation.

This month is dedicated to women’s history. Looking back, do you think the role of women is overlooked when we discuss civil rights and the gains and challenges?

“I think the role of women is always undervalued and underestimated. But from my perspective, I think I’ve been able to do so much because people undervalued and underestimated my determination. And I think that when you are in a leadership role, it is very much about the other folks you surround yourself with. I think about all the terrific lawyers that I surrounded myself with and that’s key to being effective.”

You joined MALDEF after serving as counsel to the U.S. Senate Committee on the Judiciary, and went on to becomes its longest serving president and general counsel. What were the main challenges you faced?

“I was the only woman leading a national civil rights organization. At that time, Elaine Jones was the head of the Washington, D.C. office of the NAACP Legal Defense and Educational Fund (LDF) and would later go on to become president of LDF. But I think we both faced many of the same challenges. We were two women of color in a man’s world.

“The other challenge I faced – and this goes back to the 1970s – was that Latinos weren’t taken too seriously at the time. The civil rights movement was a movement of the Black community. So trying to assert a place that impacted the entire civil rights community was a challenge. And the same challenge existed from a gender perspective too. But I had relatively good relationships with African American male leadership, and I formed very tight relationships with other women involved in civil rights. We were very collaborative. That meant, for example, we would have several meetings with both organizations’ lawyers present. Elaine and I would have a dinner reception at my house so we could strategize together, and that made both our organizations stronger.

“We women clearly faced sexism and we had our own battles with our male counterparts. But I think my work on the Senate Judiciary Committee helped establish my credibility as a player in the civil rights movement. When I left the committee to join MALDEF, I already had earned that credibility. There were other issues but it helped immensely that many people knew me.  And of course, I lived in California but I traveled constantly to the East Coast. In fact, many people thought I lived there because I would get a call on Monday for a meeting on Wednesday and I would be there.”

Looking at where we are today, what do you believe are the main challenges facing MALDEF and our community?

“There has been so much progress thanks to MALDEF, and you see how there are so many players now, organizations working on issues. I am very pleased with the progress that Latinos have made over the decades. And for us, as oldies but goodies, particularly as a woman, I take great pride in seeing the commitment of young people to our community.

“And I think that although it may now be a cliché, we realize that what is good for Latinos is good for America. I think the pandemic has made us realize as a Latino community that we gain strength because of our values of family and community. And those are the positive attributes that we bring to American society.”