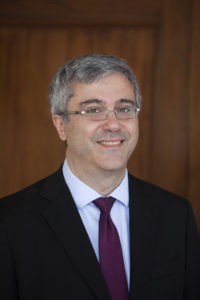 The work of MALDEF and our civil rights allies, including all of you, is more needed than ever, especially as the Latino community continues to struggle to gain appropriate recognition and representation as our nation’s largest racial minority group for the past twenty years. The latest demographic milestone to be achieved came just a couple of months ago, when the Census Bureau estimated that Latinos have now surpassed whites to be the single largest racial group in the state of Texas. We achieved the same status in California some eight years ago, making us now the largest racial group in the nation’s two largest states. Yet, even our most woke allies seem to regularly demonstrate that they suffer from the soft bigotry that manifests as an implicit belief that Latinos should expect perpetually to be underrepresented in positions of power and influence.

As the midterm elections continued to demonstrate, tenacious and often desperate efforts to remain in power mark a long-term illness of our polity. Latinos, as the nation’s ascendant population group, experienced as much or more than any group the misuse of the redistricting process this decade in the face of demographic growth of the nonwhite population. At MALDEF, we continue to fight in two statewide redistricting lawsuits and anticipate more to come throughout the decade.

Cognizant that the racist “replacement theory” is simply the latest label for what was the “reconquista conspiracy” a quarter century ago, we confront this noxious infection of thought from the frontlines. We know that this fear-mongering ideology focuses on Latinos, whether or not the media chooses to portray it that way. Our work on behalf of Latino immigrants of all statuses, including no formal status, remains central to our mission, so we strategize and toil daily to improve the situation of these powerful, yet unprotected, defenders and promoters of our national progress.

I invite you to review some of the recent highlights of our work below. You can always find the latest on our work in prominent social media and online. We thank you for your support.